Welcome to the AAS Library!

Librarians Read: A Woman is No Man

This book was incredible.

I picked it up because I was looking for some literature inspired by or related to Islamic culture, and this book delivered.   As I was travelling in southern Spain, with the tiles and beautiful of old Moorish architecture, I was reading about the struggle of women straddling lines of culture between Palestine and New York City.

This book was wonderful, gorgeously written, and I couldn’t put it down.

Find it in the Popular section up on our floor.

Look at these beautiful drawings of the forest near the school!

We were so fortunate to have our visiting artist last week, Ms. Le Uyen Pham.

She spoke with students from Pre-K to middle school about art, practice of drawing, being in the moment, and working hard to fulfill your goals.  Some things she mentioned:

Procreate, an ipad app that she uses to draw.

Publishing your own work, which you can do here.

The Witch of Blackbird Pond and Mo Williams, big inspirations for her work and her reading.

Vietnamese Cinderella, as a culture shock.

See some photos of her visit here.

This week, as we do every week before break, we hosted a Breakfast and Browse.

It’s our chance to welcome the teachers in to get their books for their holiday, to showcase our newest titles and features, and to celebrate reading with snacks.

This B&B, we also had a Wellness Table, with all sorts of books for people looking to get into spring and out of the winter. With exams around the corner, stress seems to be a part of many people’s lives, and this is our way of presenting some of our resources to help.  We’ve been updating our mental health collection and making purchases to enhance those resources.

We are bringing Laurie Halse Anderson in December, and this new book is her memoir in poetry.  It’s heartbreaking and beautiful and honest, and worth a read for any person.

Any more would ruin it, but you can find it in the novels and verse section.

A Promo Video From Our MS Kids!

Our middle schoolers in Russian class have created these fabulous adverts for the library… in Russian!

This podcast I heard about from the Reply All podcast, one of my favorites.  Reply All delves into techie things, and they have a great segment called Yes Yes No.  They take a Twitter message and break down all the information about it into digestible moments, explaining all the inside jokes of the interwebs.

Conviction, this other podcast, follows a bounty hunter-type-man who is trying to solve the trouble of this young man who was wrongly imprisoned for his crimes.  There’s drama, some serious matter, but the storytelling is just stellar.

I highly recommend this podcast.

K was trying to see a bunch of Oscar films in advance of the awards and some were better than others.

The Green Book was interesting to watch, but I didn’t appreciate the story focusing on Viggo’s character as opposed to Mahershala’s character, who I found much more interesting.  I only made it to the middle of the movie before I fell asleep, and I don’t have much will to return, even though it won the Best Picture Award.

The Favourite was spectacular, a film about a queen and two servants and the fights that they have with one another.  I loved everything about this film, from the editing of the film, to the camera work, to the acting.  Olivia Colman won the Best Actress for this one, and it was well-deserved.

I enjoyed Bohemian Rhapsody as well, but not nearly as much as the awards lent it credence to.  I enjoyed the music and the story, though it didn’t hit me as hard as I would have liked.  Still, a worthwhile film.

Other great films to see:

This film was stellar, and everyone should enjoy it!!

Librarians Read: The Dark Between Stars

K took a break from the thrillers and lit of the average day into poetry.

Atticus gained fame and recognition as an Instagram star, and his(?) most recent book was on the Goodreads top of the year.

I enjoyed this poetry and would recommend it, particularly to teens.  Half the book is in photographs, and it is beautiful and atmospheric.

K just read River Bodies, in the quest for getting back into the school year and the habits of reading.

It’s a thriller with a lot of juicy parts: a motorcycle club and their drug running, a woman escaping her cheating boyfriend, and a father on his sick bed.

The book solves two gruesome murders 20 years apart in a small town, and it was an enjoyable and quick read.

This book was stellar, perfect for any woman who wants to reflect on birth and motherhood and womanhood and how they intersect with culture.  I read this with an eye towards becoming a doula, and it is a perfect introduction to that life. 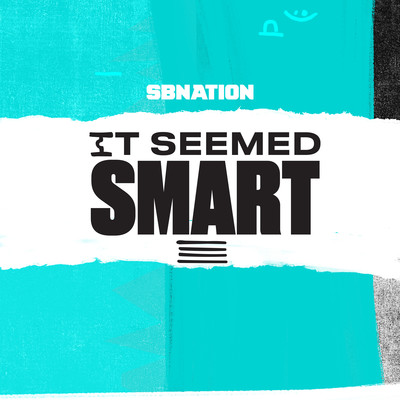 Check out this new podcast from SB nation about cheating in sports and how clever it seemed at the beginning.

I heard about this podcast from Vox media, my current favorite podcast site, and their work seems excellent.

Theme by Anders Noren — Up ↑